Get fresh music recommendations delivered to your inbox every Friday.
We've updated our Terms of Use. You can review the changes here.

Music from East of the Sun 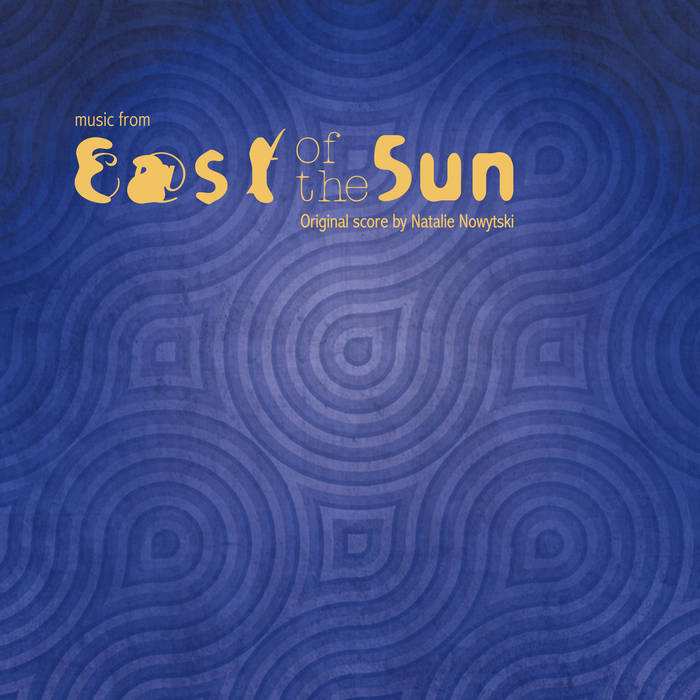 This is the original genre-blending soundtrack/concept album by composer/performer Natalie Nowytski to the Seven Spells Productions interdisciplinary piece, "East of the Sun." Though it is an adaptation of the traditional folk tale "East of the Sun and West of the Moon," our telling focuses on Rilla—the protagonist—following a “heroine’s journey”: a psycho-spiritual journey to heal internal wounds. We first meet her in the context of a tribal society wherein each individual must struggle to survive with scarce resources controlled by the Trolls. Her time with the Polar Bear tests her ability to trust…and to be trusted. When she discovers a secret that delivers him back to the dangerous Troll Queen, Rilla finds the humility within herself to make things right—with the help of three omnipresent Goddesses and the four Winds—no matter the personal cost. Upon reaching the castle that’s east of the sun and west of the moon, Rilla’s most difficult task yet is to face her own self-doubt as the Troll Queen launches a psychological battle that nearly destroys both Rilla and what little is left of her world. In the end, it is Rilla’s compassion that gives her the strength to overcome her own wounds and help release the world from evil.

"East of the Sun" was conceptualized by Seven Spells Productions (Laurel Armstrong, Natalie Nowytski, and Amanda Schnabel), based on the Nordic folk tale, "East of the Sun and West of the Moon," with early contributions from Megan Burns, Shanan Custer, and Melissa Leilani Larson and narrative guidance from Ben Krywosz at Nautilus Music Theater.

Natalie Nowytski is a fiscal year 2019 recipient of an Artist Initiative grant from the Minnesota State Arts Board. This activity is funded, in part, by the Minnesota State Legislature from the State’s arts and cultural heritage fund with money from the vote of the people of Minnesota on November 4, 2008.

"Music from East of the Sun" was made possible by a grant from the American Composers Forum with funds provided by the Jerome Foundation.

THANKS
The "East of the Sun" project officially launched five years before the release of this album, and its development will continue in the years to come.

From Natalie: Thanks to Laurel Armstrong for sprouting the seed of this idea nearly a decade ago, watering it, tending it, and weeding it so that it could continue to grow. Thanks to Amanda Schnabel for your clever and creative dramaturgy, infectious spirit, and non-stop organizational skills. You two are incredible creative collaborators! Thanks to my husband, Scott Keever, who has not only been a musical contributor live and on this album, but who also has selflessly supported this work personally in ways that only another composer/musician would understand—I do not take that gift for granted. Thanks to my family for establishing early on the importance of art in a well-rounded life. To Steve Kaul and Josh Parlanti at Wild Sound, thanks for being tremendous production partners throughout the recording and mixing process; you were not only exacting in your work, but you also made this project so fun! To Reid Kruger, thanks for your guidance and perspective during post-production; I always learn something new when we work on a project together. To Greg Reierson, your masterful mastering proves why you’re considered the master! To Jake Endres, I couldn’t have asked for a better conduit for my music or a more encouraging friend than you; thank you for giving this project such wings. Finally, thanks to all the dynamic performers on this album and who have performed this music live: You brought these pieces to life in ways I couldn’t have dreamed; I’m eternally grateful for your artistry
and friendship!

From Seven Spells Productions: Thanks to the American Composers Forum and the Jerome foundation, who awarded Natalie a JFund for New Music in 2014 that made it possible to begin work on our production. Thanks also to the Minnesota State Arts Board—and, by extension, the voters of Minnesota and the volunteer grant panelists—who awarded Natalie an Artist Initiative Grant in 2019, making the live music premiere in September 2019 possible. We’re also thankful to Ben Krywosz and Nautilus Music Theater for their partnership and fiscal sponsorship; Nautilus was among the first to co-present our initial public workshops through its “Rough Cuts” series. To Joe Chvala, Karla Grotting, and the Flying Foot Forum, thanks for setting the stage for this creative partnership, supporting early workshops, contributing artistically, and providing a platform for sharing our progress through New Works Nights. Thank you to Ruth MacKenzie for her mentorship when we first began this project. Thanks also to our early creative contributors/partners Melissa Leilani Larson, Shanan Custer, Megan Burns, Brian Evans, and Kimberly Richardson. Many thanks to individual financial contributors via Chuffed and elsewhere to our fundraising efforts—you have made additional public workshops possible. Thanks to our families and friends who have not only provided moral support and honest feedback, but who also have willingly given hands-on help with workshops, promotion, and rehearsals. Finally, thanks to all of the creative beings who have brought the music, choreography, and script to life through the workshopping process. We count ourselves very lucky, and we continue to look ahead to more wonderful collaborations to come!

Classically trained vocalist-turned-folk music geek, influenced by too many genres to list. Award-winning composer & performer. Recording artist & collaborator. Sings in 50+ languages and 12+ distinct vocal styles. This is what happens when she lets her hair down. ... more

Bandcamp Daily  your guide to the world of Bandcamp